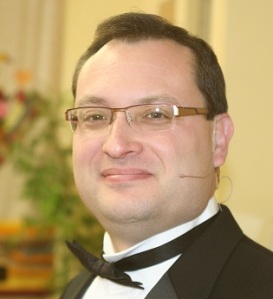 Rabbi David Kaufman is the Co-Founder and President of We Are For Israel.

Rabbi Kaufman has been the rabbi of Temple B’nai Jeshurun in Des Moines, Iowa since 2003. A native of St. Louis, Missouri, Rabbi Kaufman received his rabbinical ordination at Hebrew Union College – Jewish Institute of Religion in Cincinnati in 2001.

In addition to writing for We Are For Israel, the rabbi currently blogs at RabbiKaufman.blogspot.com and his own educational blog sites. “Rabbi Kaufman’s – Understanding the World” podcast which focuses on Israel, the Middle East, and American Foreign Policy as well as issues concerning the Jewish people and Judaism can be found at this iTunes link, iHeartRadio, and on Libsyn as well as on other sites. Among those who have appeared on Rabbi Kaufman’s radio show include Rabbi Eric Yoffie of the Union for Reform Judaism, Barry Rubin of Rubin Reports and the Gloria Center, Rabbi Kerry Olitzky of the Jewish Outreach Institute, Gershon Baskin of the Israel-Palestine Center for Research and Information and many other distinguished guests.